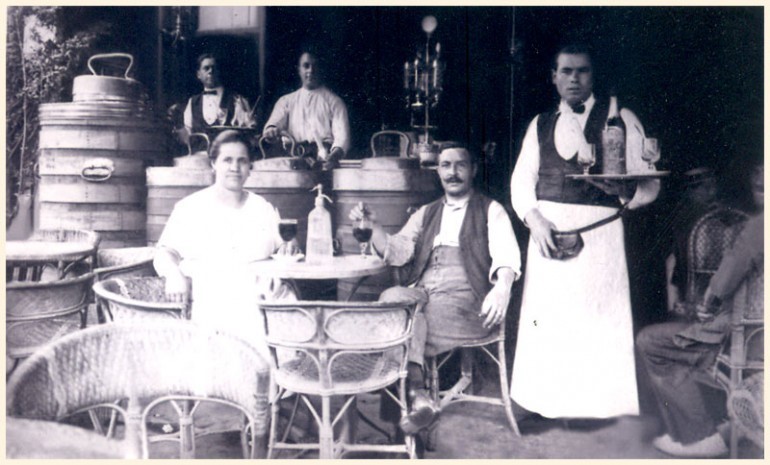 “Hey you, try this!”, said Pere Joan Iborra 100 years ago, the first of five generations of horchata makers of the family business El Tío Ché. The historic horchateria or ice-cream parlor of the Poblenou neighborhood in Barcelona is celebrating its first century.

In 1912 Joan and Josefa arrived at the Born coming from València with a goal in mind: to migrate to Argentina. As they had to wait for a long time for their ship, Pere Joan Iborra walked around the streets with a tablet and a jar of horchata or tigernut milk. After the Born and the Barceloneta the tigernut established the family at Poblenou, where they can still be found.

The sweetest neighborhood of Barcelona has been reinventing itself in the last century. At first with horchata, afterwards with ice-cream and finally with turron. The business became prosperous, but it has always tried to keep a balance between the innovation of the product and the atmosphere of the neighborhood.

These are generations of tigernut that now El Tío Ché wishes to come together on June 2 and 3 at the rambla del Poblenou. On Saturday they organize from 10 am to 1 pm a competition of childrens drawaings directed by the Art School of Poblenou. The same day between 8 and 10 pm there will be a staging of the story of the horchateria and a musical spectacle. Finally, on Sunday, June 3 from 12 to 12.30 a concert, as well as a photography competition will take place.