This is gold, love 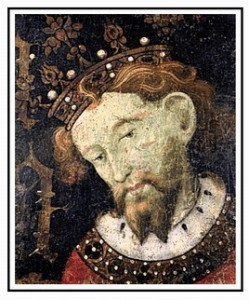 Mythology has it, even though we are convinced that it is just a legend, but a nice one, that in the 8th century when Valencia was being conquered by the Christians a young woman approached the king James I and offered him an exquisite white drink. The king was surprised by its taste and asked the girl: “¿Què és això?” (“What is this?”). The young woman was astonished and replied energetically: “És llet de xufa” (“It is tigernut milk”). To which the nobleman said: “Aixó no és llet, això és or, xata” (“This is not milk, this is gold, love”)

We find the following information on Wikipedia: “Based on its etimology the word stems from the Italian and would refer to what it initially was, barley water (if it was of Valencian origin, it would make sense if it was called orxada, with the -d- in the suffix. The name stems from the Italian “orzata”, which is also derived from the Latin hordeata, “hecha con orzo,” (made with orzo) (i.e. hordeum, Latin for barley), even when time passed and barley was replaced by other vegetal ingredients (wheat, almonds, rice, bulbs, etc.). So in its origins horchata was barley water“.

According to this we would imagine that James I would have said instead: Aixo es hordeata (this is hordeata) and in reality it would be barley water, a drink that still exists in some specialized shops and that we treasure at the Horchatería El Tío Ché.