At the century-old horchatería with tigernut milk every change of the season bears new aromas, tastes and colors. Autumn is chocolate. There are chocolate truffles, filled with fruits, pieces of almonds and nuts, chestnuts and spices that open your senses. At the workshop the rhythm changes. The chocolate requires leaving the haste of the summer with the tigernut milk, the ice cream and the iced lemonade that the intense heat demands. During the summer the workshop is noisy, in autumn silent. 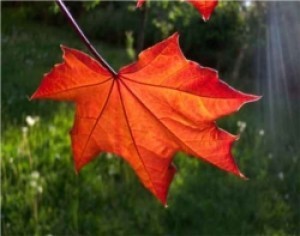 The chocolate requires calmness. You need to respect its timings and to wait for its process: from solid to liquid, from liquid to less liquid and then to solid. While the cream becomes thicker there is time to imagine forms, to combine a concert of different tastes and to get drunk with the magic caused by the perception of the changes. Each chocolate is the product of a long preparation until it reaches you. Each chocolate is produced by crafty hands. And each is the expression of the whim that we had reserved for this day. We combine fruits, liquors, nuts, scents from flowers, notes of white and light chocolate, praline filled with cracknel, saffron, cinnamon and different types of pepper. Autumn is the time of the chocolate turrones, they are produced at the workshop of the horchateria, they get a first and last name, as each of those has a taste that gives it a life and identity.

Autumn announces the arrival of the short afternoons and the cold. Afternoons full of cappuccinos, warm coffees, of hot chocolates with biscuits, of waffles and friends who offer each other an hour of being together, an almost obligatory ritual before they go home. But there is no cold that could withstand the short meetings at the parlor, even if it was just to greet and smile at somebody (as if it was a small thing). This is a common thing in this neighborhood, as we all know.

In Autumn the emails of all the friends arrive from everywhere, the friends who have been here for a short time, the friends who have left for a short time, those who do not know if they will come back. The friends who come during the summer. It is enough to look at the photos of their short stay at Poblenou to perceive their love and longing. Poblenou is really different. The past of the grey factory and the work, through which the great-grandparents, the grandparents or parents have gone is still in the air. There still are signs of the authentic neighborhood with its cultural centers, lively libraries, with a culture that swings between resistance and the glamour after the Olympic games. There still are neighbors who are proud of the neighborhood and who want to maintain it. We are happy to live in this special and unique place called Barcelona. Because in Poblenou there are no traitors. Nobody wants to leave.

Like the neighborhood, the horchateria changes with the seasons its skin. And when Christmas approaches, the whole neighborhood meets each other as if the festivities would force them to meet, as if we would suddenly retrieve the memory of meeting each other and the activities of the celebration, the gifts and the meetings at the most popular corner of Poblenou. 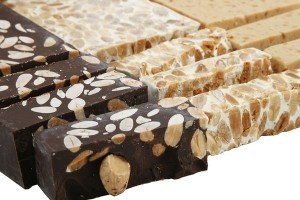 Autumn, with the half afternoons, with the intensely sunny mornings, with the hard work, with the early on illuminated windows, with the greatest intimacy, with less tourists and more locals, with the shouting of the children who are leaving school, with the end of the summer with the regrets that the see is so close and also so far, autumn with the long list of the duties to be fulfilled that we had determined in the summer, autumn, a moment in which El Tio Che feels that he should not be excluded with his hundred years and that it does not matter, but that the years bring a heavy load and the breeze from the sea cool air.