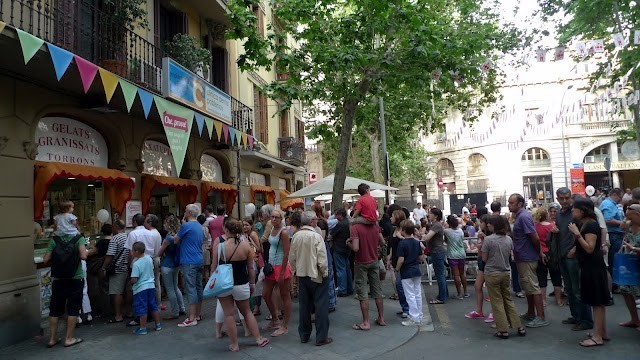 Speak of the feelings your village arises in you and you will become universal .

Following the words of a well-known Japanese film director, I let the flavor of the horchata that I drank while I was a kid at the la Rambla del Poblenou take me in. And I do that to speak of a business that will celebrate its 100 years this June, even though it had very modest origins that these days would make any investor or any other banc laugh.

Are you coming along with me?

It is the spring of 1912 at the port of Barcelona. The ship that was supposed to take the Iborra Llorens family, who had recently arrived from La Núcia, to Argentina, will not depart that day. Depending on how you would like to see it, we could be living with the decorations of this series of TV3 that started a couple of years later, but in this case the issue is very real and the delay of the ship caused the tigernuts from Alicante to loose consistency and to become horchata or tigernut milk that they started selling in the streets close to the port of Barcelona to earn a living.

The beginnings were as uncertain as entrepreneurial, but it is true that the century of the Iborra was full of new beginnings. And to show that, we quote from the website of the family from Poblenou:

At the WadRas street  just in front of the Aliança Vella a bomb destroyed two building blocks. In one of them at the ground floor was El Tío Ché. The bomb fell while the family was having lunch and they lost their home and the shop at the same time.

Somebody else would have left the business, but they continued in a different location, the current one at Rambla del Poblenou, where they served horchata with tigernuts from Albaida and the new inhabitants from Poblenou replaced the workers and artisans from the industrial Poblenou which now is so smart and neat, full of optic fibre!

Two anecdotes out of many more and the ice-cream parlor was reborn with a lot of effort and work. Who wants to speak of crisis with such remarkable people?

Could these early migrants sell their horchata on the streets of the Born today or would they be chased around by the police like so many others who do the same on our squares and streets?