El Tío Che is already immersed in his corner waiting for friends. In Poblenou we love spring because we like to see each other and we feel as if we were in a village. Renovated, El Tio Che breathes the spring air coming from the sea and the smile of every neighbor.

He feels renewed, after having gone through tigernut fields to find the best, having heard the latest news from other producers of tigernut milk and having tested all the horchata found in Alboraya. He is renewed, as he can finally shake off winter, as he sometimes gets cold while waiting to see friends from the horchatería arrive. He feels renewed after having gone through the hands of Teresa and Alfonso giving him an incredible shine, luster, new espardenyes and a dye like the one from farmers pants.

This is how winter is. As we all know, many prefer to hibernate. And that although El Tío Che loves to be surrounded by people! And now that we are coming out of this slow period here we are counting the days until the sun comes out and shines in thousands of colors on our terrace, which brings so much joy. 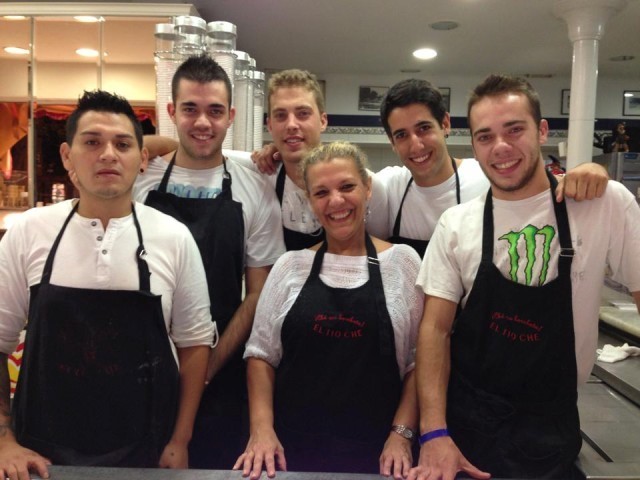 El Tío Che spoke with Alfonso, with Teresa, with Natalia and Irene. He let his expert voice sound during a century. And also two more years. They understand him and want to please him:

The ice cream is not just good, it is awesome. Alfonso is in it, just like every year. And judging by the chocolates we tried today, they are fabulous, indeed! Although everything seems to hint at the fact that “dulce de leche” will be one of the hits of the summer, the tasters will tell us, who try it every year. They do not miss any news and know this very well.

New sandwiches were created. And so, there is a new one with patties made from meager veal. Would you like it with lettuce and tomatoes? With cheese? With green peppers? With olives? Another new sandwich is with goat cheese, honey and fresh lettuce. And there is one with typical Catalan sausage (butifarra) with grilled green peppers, which will make your delight. Try them out!

We cannot say much about the tigernut milk this year, as it is always the same since a century. As always, we produce it with water, sugar and tigernuts. Nothing else. What makes it special is the earth, the mild Mediterranean climate in the fields, the love to the craft. Not to mention the tigernut milk that we produce on our own factory. There is so much that it almost does not fit. 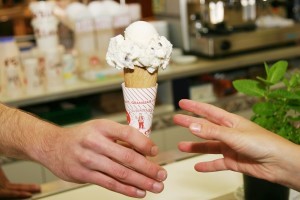 The centenary horchatero knows that although the days are longer, spring is short and it is also important to enjoy it. And as there is so much work, the best way to enjoy it is making us all happy. Neighbors of Poblenou, Barcelona’s, the world.