The century of El Tío Ché 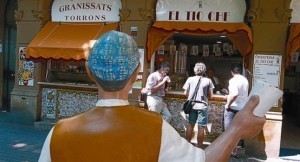 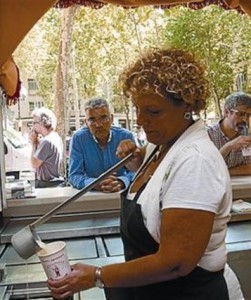 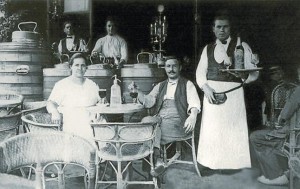 Antoni Gaudí finished la Pedrera, the Titanic sinks and Robert Falcon Scott arrives at the South Pole, the writer Pere Calders and Alan Mathison Turing, the father of informatics engineering are born and Denmark, Norway and Sweden declare their neutrality in case of war. All of this goes back to 1912, the year in which Joan Iborra, first of the five generation that directed the horchateria El Tío Ché left Valencia for Barcelona waiting for a ship that was supposed to take him to Argentina in search of a future.

While waiting he walks around the streets close to the Born market with a tablet and a jar with tigernut milk. “Hey you, try this”, he repeated. And so the neighbors started calling him Tío Ché. Joan fell in love with Barcelona, forgot about his dream to cross the Atlantic Ocean and opened an ice-cream parlor close to the sea at the passeig Nacional, now called passeig de Joan de Borbó, where he also served milkshake with cinnamon and lemon with the typical black bonet and the big shirt of the inhabitants of Valencia.

His wife Jerónima washed the tigernut, grounded it, squeezed it, mixed it, filtered it and cooled it and made the ice-cream with her strong arms and wrists. In the thirties the Iborra found a centrally located shop at Poblenou, a lively workers neighborhood with lots of people on the street. There they went with their specialities.

El Tío Ché celebrates todas and tomorrow this century of life at the Rambla del Poblenou with a local festival and several activities for everybody. A children’s drawing competition, ice-cream for children, stories, the show of the Mamelles de la Vibria, fireworks, dances and a concert with New Kokodrillos and a photography contest. And of course on Sunday at noon horchata and fartons for everybody.