Tigernut milk was known since the Pharaohs and there have been traces of it found in the diet of almost all civilizations.

Tigernut milk is a very natural drink produced from the small and brown roots of the tigernut. The name stems from the similarity of the root to a hazelnut, even when it has a rough and fibrous texture.

The tigernut milk is liquid, the color is a broken white and the taste is sweet and very refreshing. It has a lot of healthy properties, it is ideal for diabetics, because it can be served without sugar and still taste sweet.

Tigernut milk is also mixed with iced lemonade, the Murciana, or with barley, the Cordial, the result is mild and balanced in its flavor. Another option is tigernut milk with a ball of ice cream, if possible chocolate ice cream, even though you can also combine it differently, the Flotaor. These recipes have been transmitted by our ancestors who came 100 years ago from Nuncia, Alicante, to try their luck with a few bags of. At the beginning they could survive from the street selling and they were known for their cries: “Hey you, try it” with which they invited their clients. There is not much left from back then, even though we continue to do the same and El Tio Che has become a meeting point for tourists and neighbors in Poblenou, a Mediterranean neighborhood of Barcelona at the sea.

If you have tried our products, we would like to hear your opinion about them. Thank you. 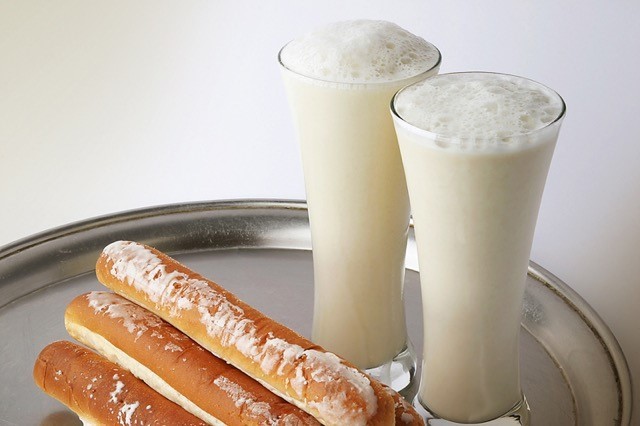 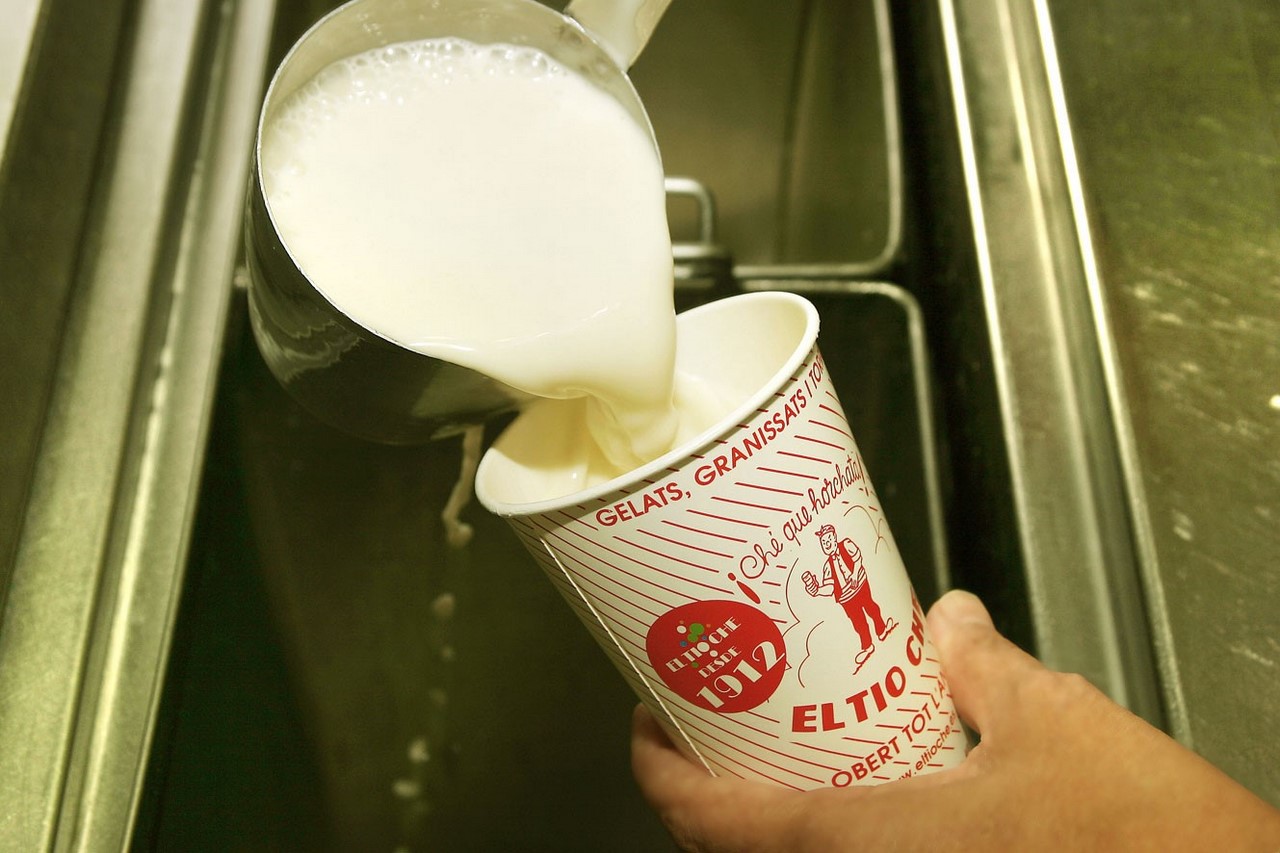